Ask for the Impossible

The Best Christmas Is Yet to Come! 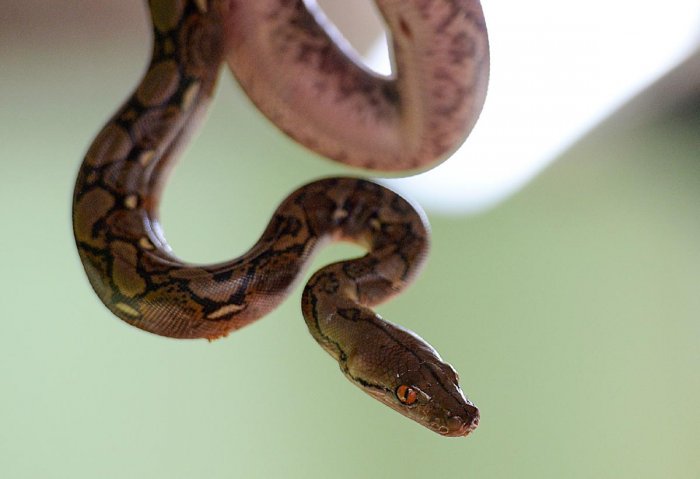 The most glorious mothering-moments always seem to go terribly wrong for me.

My fifth grade daughter invited a friend, Grace, for a sleepover. Grace’s father is a church leader, a detail which will be important later, and one which my daughter will refer back to in therapy years from now.

My daughter (nicknamed Lolo) and Grace were happily cavorting when their time was rudely interrupted by my teenage son returning home with a few of his friends. Elementary school girls love to antagonize teenage guys, and teenage guys will frequently escalate the return-fire, in order to put an early end to hostilities. (I am frequently reminded of President Truman at these moments.)

I had been working in my home office for about an hour, trying to escape the conflict, when Lolo and Grace came storming into my office, hands on hips.

“Tell the boys to stop scaring us!” my daughter snapped.

I raised my eyebrow, words being too much of an effort by this point.

“They put a big rubber snake in the kitchen to scare us!” Grace said.

“We can’t get to the freezer for popsicles,” Lolo added.

I yelled at the guys but they didn’t reply from upstairs. They had music blaring. So, with a groan which was more a precursor to arthritis than actual aggravation, I walked from the office to the kitchen. There it was, a giant rubber snake, thrown across the kitchen floor.

Shaking my head, I bent to pick it up.

It lifted its head and hissed at me.

Stumbling backwards, shrieking, I did several things simultaneously. (Incidentally, this is where my heroic part in the tale ends.) I grabbed a phone off the kitchen counter and threw it over my shoulder to the girls. My son and his friends turned off their music, so I knew they had heard my screams. Which was timely because I had two commands.

“Everyone, jump on a dog!” We had two Pyrenees, one weighing 90 pounds and one weighing 160. If they came into the kitchen, the fur would hit the fan.

The girls began sniffling and breathing in ragged gasps, so I knew they were starting to bawl. I had to work quickly.

Looking wildly about, I spied a lacrosse stick propped next to the back door that leads to our backyard. With a deep breath for courage, I stepped closer to the snake—which coiled and lowered its head menacingly—and slowly opened the door before grabbing the stick.

The snake was light brown with darker brown markings, but I didn’t know whether it was venomous. A little known fact is that even nonvenomous snakes can flatten their heads into a triangle shape to scare off bigger predators.

Gently attempting to scoop the snake into the lacrosse stick’s net, I only succeeded in angering it. It struck at the net, and I briefly lost bladder control as it rapidly slid toward me. I screamed and jumped back as it slid right under the couch by the backdoor.

My heart was thundering in my ears. If the snake crawled out of the other side of the couch, it would be in my den. We would have to sell the house. I bent down, racking my brain to remember the patron saint of snakes, which I realized was probably Satan. I didn’t know where the snake was under the couch, if it was venomous, or if dust bunnies were any protection. My only real hope was that all the socks and wrappers my kids threw under the couch would form a protective barrier.

I wrapped my fingers around the edge of the sofa and lifted. The snake was coiled on the far end, nearest the door. It opened it mouth and reminded me why I had been screaming moments earlier. The girls shrieked on cue.

Then, thank the Lord, I had a spiritual epiphany. God can talk to animals! He called them in pairs to the ark, didn’t He? Passing along a message to a lone snake would be no problem for Him. Plus, imagine my reputation at church when the leader’s daughter told her father of how Ms. Ginger prayed to the Lord and He answered her prayer and all our lives were spared.

Clearing my throat, I steadied my trembling hands and lifted one to the heavens. “Lord,” I began, with a backwards glance to be sure the girls were paying close attention, “you can talk to animals. You can do anything! Would you please tell this snake he has to leave my house right now? I’ve left the door open for his convenience.”

I AM NOT MAKING THIS NEXT PART UP.

Instantly, the snake uncoiled and slid out the back door.

My jaw dropped in disbelief. Slamming the door shut behind the creature, I turned triumphantly to face the girls. We had just witnessed an actual miracle.

The girls were pale. Grace stood slack-jawed, her eyes wide. “Ms. Ginger, you sure know some bad words.”

The whole time I had been dealing with the snake, just prior to my grand act of faith, I had treated the girls to a stream-of-conscious-swim-through-the-dark-river-of profanity. I had been so terrified, so blind with panic, that I had been completely unaware of what I was muttering the whole time.

I looked at Lolo. “I cussed? Like, the really bad words?”

Grace was a little more helpful. “You didn’t just use them. You conjugated them.”

A call was made to her father to explain why Grace had learned certain words at my house that day. I found it ironic that I was a woman blaming a serpent for my sin. Maybe it would make a pithy sermon illustration, I suggested. He was quiet for a moment. Apparently, this was not the first time Grace had heard those words, but at least I had used them in the context of abject terror. Which, technically, gave me the moral edge . I decided to give him a pass, though. God had certainly given me one that afternoon.

I do hope that one day in the future, a therapist will put down her pen and say, “Wait…go back to that part about the snake. It actually left?” Because it did. Immediately. And my daughter knows now that when we pray, God listens more to our hearts than our words.

And that’s probably the real miracle for me that day.

The Best Resources for Parents in the Age of Online Bullying